Their story: Fergie (the larger one) is the youngest of the two, aged just 5 months and Busby is 6 months old.

They are not brothers but were rescued by Alley Cats & Kittens and became very close.

We have four cats already, Charlie, Graycee, Izzy and Molly, but we couldn`t resist these two, they kept coming up for adoption.

We have a catio built onto the back of our house so they are house cats but with the luxury of getting fresh air and a playground. I must admit they are a handful, you can`t eat anything without them trying and sometimes succeeding pinching the food off you ha ha. They pinched the bacon out of the pan last week, so hubby only got two pieces instead of four lol.

But I wouldn`t change them for the world.

<< Back to pet picture gallery 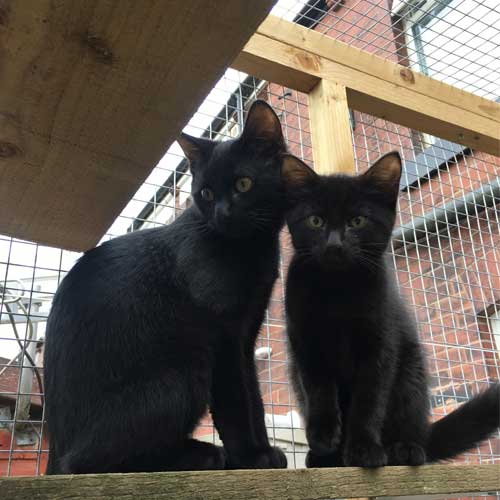